Forgotten Creators is an online reference book that was first released in February 2020. With over 3,500 pages, it covers revolutionary innovators and innovations that came out of the predominantly German-speaking scientific world during the period circa 1800–1945, and what we can learn from them that could improve innovation in the modern world. The book has been reviewed by European and American historians and scientists, and will be updated online as new information is found.

Dr. Rider is available to give paid presentations on any of the topics covered in Forgotten Creators, or to provide consulting services for organizations that would like to produce more revolutionary innovators and innovations. Please contact us to learn more. 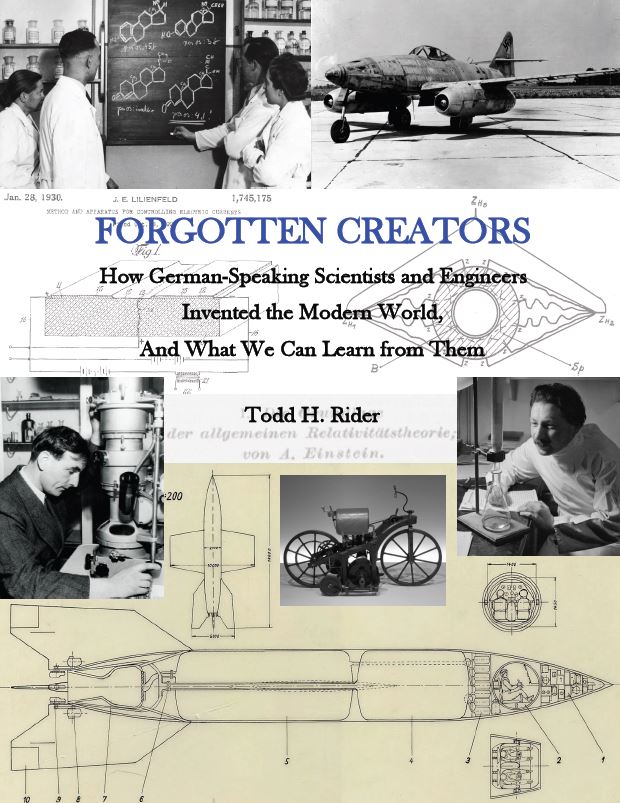 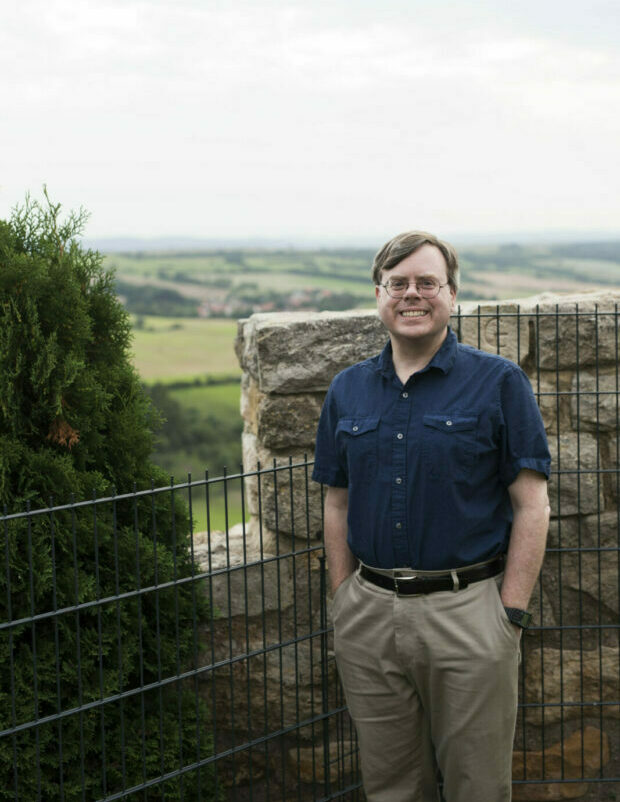 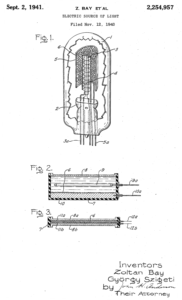 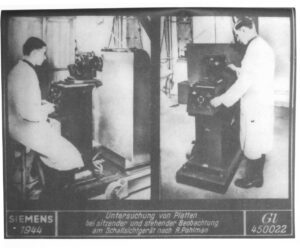 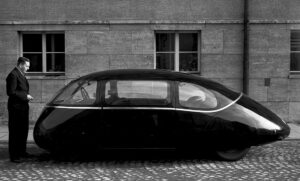 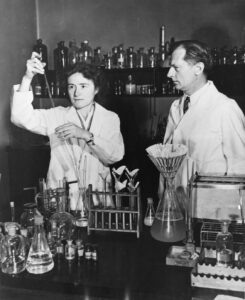 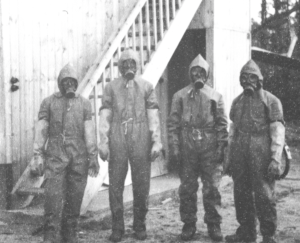 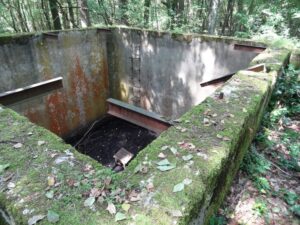 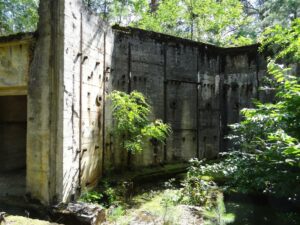 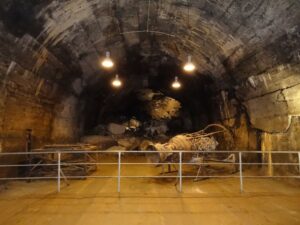 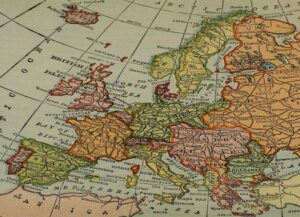 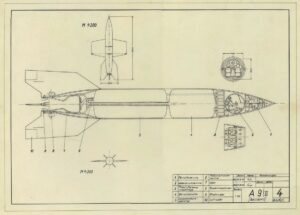 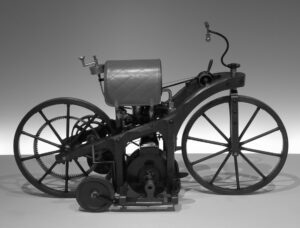 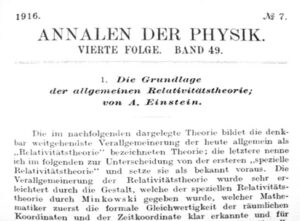 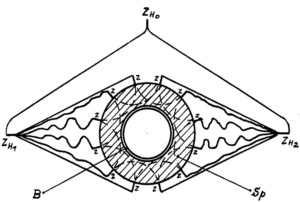 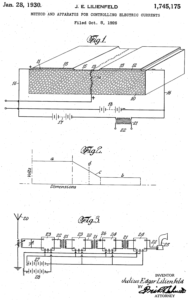 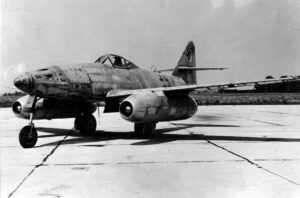 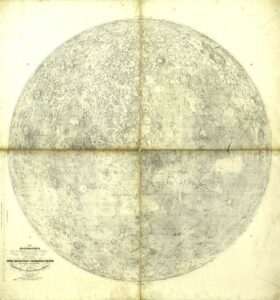 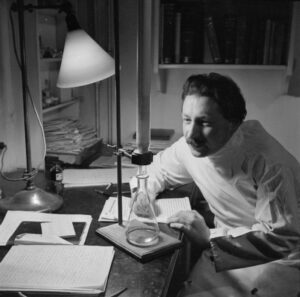 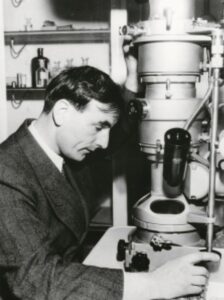 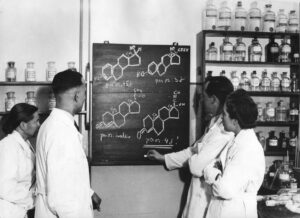 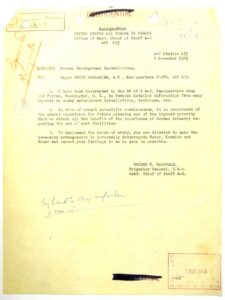 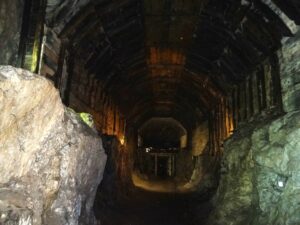 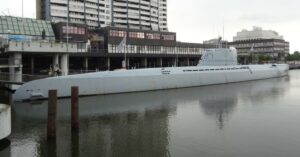 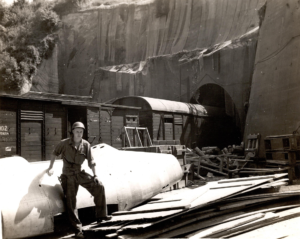 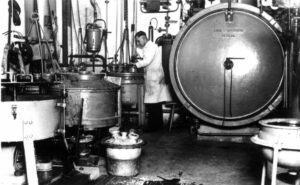 Todd H. Rider’s Forgotten Creators is an encyclopedic consideration of Germany’s central place in the advancement of science and technology between 1800 and 1945. Drawing upon a wide range of sources, Rider has summarized that effort in a survey that will impress the reader just as much for the breadth of German intellectual achievement as for the influence that achievement has had upon the modern world.

In the book Forgotten Creators, Todd H. Rider presents interesting perspectives that contribute to rethinking the story of the German nuclear project, as well as the role that heavy water had in it. The book also confirms the importance of the military actions carried out against heavy water production at Vemork.

With his work, based on very comprehensive, thoroughly researched sources, Todd Rider has presented an astonishing study of the history of German science, especially in the first half of the twentieth century, which also reveals many connections that have been unjustly forgotten or little noticed. This also applies to numerous persons whose achievements are hardly known.

This truly voluminous study provides an in-depth overview of techno-scientific achievements and innovations which originated from the German-speaking world. It is a rich and fascinating history of the transnational circulation of knowledge over a period of no less than two centuries.

The actual fragmentation of scientific disciplines up to the point of marginalization raises the question whether examples from history do exist to overcome this situation. Todd Rider attempts an answer posing the counter question: ‘Which lessons can be learned from the most productive German-speaking inventors of the nineteenth and early twentieth century?’ His intention is not only to start a discussion on the chances of transferring former educational conditions to the present science system but also to remember the inventors. Forgotten Creators, published online, is an impressive compilation of German achievements, covering both the natural sciences and engineering until WWII.

Todd H. Rider reminds us with Forgotten Creators that many key technologies like jet flight, helicopters, rocket propelled gliders, guided missiles, night vision, special alloys and welding methods, or simply synthetic rubber or polymer products that are common today were actually developed in the first half of the twentieth century in Central Europe under the control of Germany. These technologies belonged among the most valuable treasures the Allies won in the Second World War and triggered a strategic arms race among the newly emerging superpowers in the subsequent decades of the Cold War (which some say had started already in 1945 in St. Georgen/Gusen, Austria). An indispensable new reference book for all who are interested in the history of technology and the twentieth century.

Forgotten Creators shows us some aspects of the German culture in form and content: it reflects the spirit of the German soul in the best of the senses, focused on the recent history of science mainly in Germany and the U.S. The style reminds me of some of the biggest creations of German culture: ambitious, brave, sublime, erudite, extensive, rigorous in the analyses and exhorting in the discourses. Great! It grasps the sociological problems of science nowadays, and it offers lucid pessimistic views and wise observations of the facts. There are two different leitmotivs: 1) the modern decline of our scientific and technical advances; 2) the highest importance of German science in the most important contributions of the twentieth century scientific and technological advances. Hence, the author posits interesting hypotheses that relate the decline of science and the recent history of Germany and its influence in the world. Risk-taking interpretations that are worth reading and thinking about.

Instituto de Astrofísica de Canarias, author of The Twilight of the Scientific Age

Forgotten Creators by Todd Rider is an extraordinary work of detailed research and new insights into the technological advances contributed by German-speaking scientists. His lengthy and in-depth study of history often overlooked or not even seen in more cursory reviews is a refreshing read. His attempt to create the fullest account possible has resulted in a fine reference book that also serves to introduce new research for the reader. Rider’s contention, right up front in the Executive Summary—that inventions and discoveries had their highest concentration of revolutionary innovations from scientists and engineers from the German-speaking central European research world in the nineteenth and early twentieth centuries—demands the reader’s attention. He then fills an enormous amount of over 3,500 pages with supporting details. Amazing subject matter and new revolutionary insights dug up through meticulous research makes Forgotten Creators a ‘must read’ for serious historians and curious researchers alike.

Todd Rider’s book Forgotten Creators, the creation of which I was able to observe and support for more than two years, is extraordinary in every respect. The sheer size of the book shows how important the role of German-speaking scientists was in the development of new technological advances. But it also shows the author’s will to present as complete an account of this history as possible. He has succeeded in doing so. The work therefore serves both as an introductory book and as a reference book. It is highly recommended.

A very valuable part of the book is devoted to the development of nuclear weapons in Germany during WWII, 1939–1945. While the histories of both the US/British Manhattan Project and the Soviet atomic project have been to a large extent declassified, little is actually known about the German work. Rider has done historians a favor by marshalling all of the evidence he could find in US, German, and Russian archives regarding the German atomic project. The inescapable conclusion is that the Germans were much farther advanced in nuclear weapons development than is generally thought.

Professor Emeritus of Physics, University of Wisconsin-Madison, author of The Soviet Atomic Project: How the Soviet Union Obtained the Atomic Bomb

The world does not appear to be producing truly revolutionary scientific innovations at the same rate as it once did (certainly if measured in terms of revolutionary innovations per researcher or per amount of funding). Rather than trying to create solutions for this modern systemic problem from scratch, one may study what conditions facilitated the successes of innovators in other times and places (Chapter 1).

Inventions and discoveries have been made throughout the world and throughout history, yet the highest concentration of revolutionary innovations appears to have come from scientists and engineers who were trained in the predominantly German-speaking central European research world in the nineteenth and early twentieth centuries. Unfortunately, the history of those innovators and innovations has been significantly obscured by World Wars I and II, the Cold War, language barriers, and cultural stereotypes, leaving the modern world less aware of the details and less able to fully reproduce the research conditions that led to so many revolutionary achievements.

Therefore the objectives of this book are to:

Archival research for this book also yielded many documents that suggest that World War II German programs in several areas progressed much further than has been acknowledged in conventional histories, and that they aided postwar programs in other countries. Those wartime programs were focused on developing:

Please consider making a financial donation to the RIDER Institute to support our work, and please help spread the word about our programs.